I re-launched Scottish Bagpipers in 2017 following discussions with several of my bagpiper friends. Each of us had far too many stories of witnessing unmusical and poorly attired bagpipers playing at public engagements at great expense. Something had to be done, so I dusted off the web development skills (and learnt a whole lot of new ones in the process) to re-launch the site. I will only provide highly competent and immaculately dressed bagpipers whom I know personally and have performed with on numerous occasions.

Scottish Bagpipers was originally launched in 1998. Prior to taking up full time employment in IT, I performed for many events all over Scotland and further afield such as Taiwan, South Korea, Angola, China, Australia and throughout Europe.  For six months I played bagpipes in South Korea to promote Mackies Ice Cream.

Competing at the World Pipe Band Champioships and Piping Live festival with the Manwatu Scottish Society Pipe Band, all the way from New Zealand

I took a three year break from pipe bands to take up Shinty, which I played in school. Sadly my hamstrings began to to object, so from 2018 I returned to pipe band world and was accepted into the Police Scotland Fife Pipe Band. 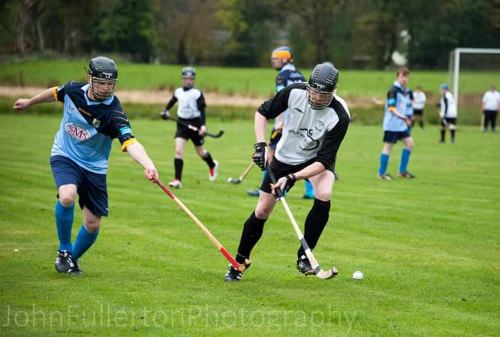